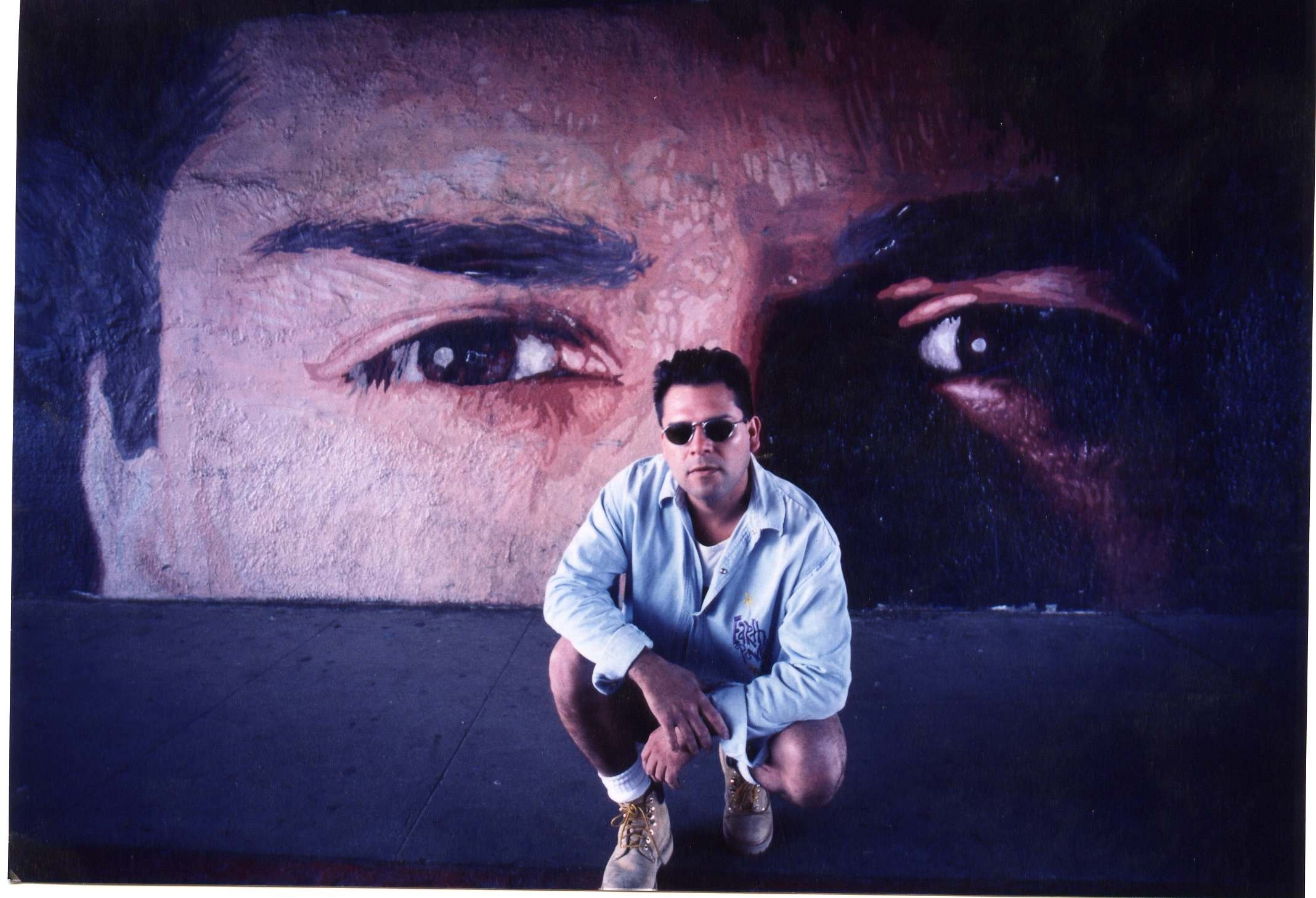 Ruben Soto is an ex-gang member, a muralist, playwright, a father and a filmamaker.  Born in Mexico, he grew up in Echo Park, California, where he was raised by his mother with his brother and two sisters.  His father left when he was six years old.

When Ruben was twelve, there were not a lot of choices.  He started hanging out with the older kids in gangs.   Angel Dust was his choice of drugs and he was arrested for stealing a car at age 13.  He was sentenced for three years in juvenile hall.  He began drawing as his only form of emotional release.

It didn't take long for Ruben to meet up with the local gang members after he was released.  One day, he was with his posse when he was caught in the crossfire of a jealous gang member and shot five times.  One bullet just missed his heart.  In pain and shock, he helped his buddy to safety and climbed into the ambulance.  He was released the next day.

He hit the streets looking for the guy that shot him.  Instead of finding him, he was arrested and sent back to juvenile hall.  Ruben was 16 years old.

Ruben was released on a year later.  His mother took him to church and the entire congregation prayed for him.  He was overwhelmed with emotions but was still hardened from his criminal life.

A friend invited Ruben to a gang meeting in a local park.  He was surrounded by rival gangs.  A shooting broke out.  He decided at this moment that his life must change or he would end up dead.

Ruben started attending church, pick up some odd jobs and continued his drawings.  His drawings turned into paintings.  He began painting wall murals with Kent Twitchell, a renown LA muralist.  After a few years, he was commissioned to compose his own murals for Mickey Rourke, Hugh Hefner, Sage Stallone and a large "Sports" mural at Echo Park's Community Park.  He presently has 12 murals in LA and is featured in a number of art books.

In 1984, Ruben wrote a play based upon his own life story.  It became difficult to find a local theater to perform  because of the controversial story.  Ruben did not give up, and staged his play in his own church, Angelus Temple.  He performed and directed  "Smile Now, Cry Later" from 1984-1989.  Parents and children were bused in from all over the county to see Ruben's story.

Willoughby," a docudrama, based upon his shooting and life in LA.  He produced, directed and performed the film with Herbert McGurk.    They have also finished the screen version of "

Smile Now, Cry Later."  They are in pre-production on this project and entertaining financing for outside sources.